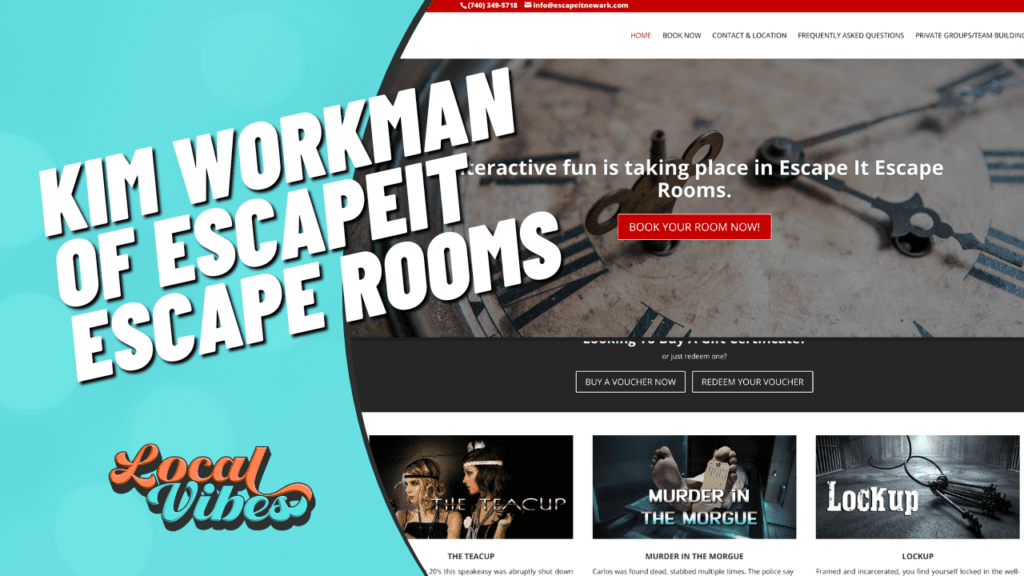 002 How Kim Workman Built An Escape Room Business From Scratch

Small businesses are the backbone of the American economy; our Local Vibes podcast spotlights the hardworking men and women who make them successful!

In our latest episode, we sit down with Kim Workman, owner of Escape It, escape rooms in Newark, Ohio.

Kim shares her inspiring story of how she got started in the business six years ago and overcame the challenges in her business.

She also talks about her plans for Escape It and offers helpful advice for anyone considering starting their own small business.

This episode will give you valuable insights, whether you’re a budding entrepreneur or a longtime small business owner.